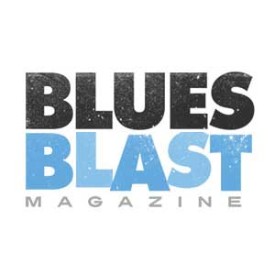 As a promoter of live Blues music shows, I find it bitterly ironic that I can not book a solo acoustic act and expect but about half the attendance that will come to an Electric Blues act. What would Charley Patton, Son House, Robert Johnson, Skip James, Booker White and countless other originators of the genre say?

Thankfully, there are still artist practitioners of the original Blues style. Doug MacLeod, John Hammond, Jr., Rory Block, John Mooney and Eric Bibb seem to do alright, and now, I am introduced to an adept woodshedder and native Iowan, Matt Woods.

Probably mid-30s and providing the young blood that Blues needs, Woods has been performing regularly since 2002 and has released three previous albums (one solo album, and two backed by his electric band, The Thunderbolts). Three times he has won the Iowa Blues Challenge and gone on the represent the State in the International Blues Challenge. Matt’s first solo album, “If I Was a Fish,” finished in the top five of the International Blues Foundation’s “Best Self-Produced CD” category in 2007.

Matt plays finger-picking style on a metal bodied guitar. In the videos on his website, he is playing a National brand, and he is also endorsed by Eastwood guitars. All eight songs are originals and were “honestly” recorded “live, in studio” in Ames IA. Left handed Matt’s guitar playing is first rate; he wears a slide on his ring finger and tastefully (and rapidly) mixes picked notes with both frett holds and slide applications. His heartfelt voice rapidly grows on and entertains the listener and serves Matt’s purpose well as he avoids contorted extremes of range. 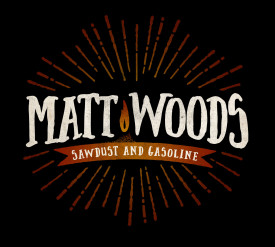 The first song that became an ear-worm (got stuck in my head), and, therefore, my pick for best on the album is “I’ll See My Father There.” Positioned last on the album, the Gospel themed number says, “When I get to heaven, I won’t have a care; I’ll see my father there.” Does he mean earthly father or heavenly father? I think the answer to that question is “Yes”. Clearly some of his best song writing and singing is found here.

Clever questions requiring an impish sense of humor are found in the opening song, “It Ain’t Stealin’”.

Are you really running if your feet don’t touch the ground? Are you hiding if no one is looking for you? And, is it really stealing “if you are giving it away?”

Being a rural Midwesterner myself, I had to chuckle at “Snow Drivin.’” Using North Mississippi Hills rhythms, Woods avoids the often distastefully monotonous, droning trance by adding sliding harmony chords. The effect is perfectly congruous with the simple message, “we got to get to town” and it is slick and white-out dangerous. Another song, this time with a more plodding rhythm, is also based on Midwest weather “Tornadoes Are Bad for Everyone.” Rural living will certainly find one on a “Rock Road” at some point; Woods uses it as a metaphor for that country living (and, indeed, he does own a farm).

“JP’s Boogie” is an instrumental that is masterfully presented. Even a non-guitar-player can distinguish the intricacies involved. The title track is a lament of a bad love full of pain and loss. The girl was the “prettiest little girl [the protagonist] had ever seen,” but she took the tractor and [saw] mill and left him with nothing but “Sawdust and Gasoline.”

For fans who avoid solo acoustic shows, Matt does have the ability to plug his National guitar into an electric amplifier. So, here this CD is – the best of all worlds: acoustic music, electrically amplified, stomping rhythms, deft song writing, honest no-studio-tricks singing, and straight forward pure Blues!

James “Skyy Dobro” Walker is a noted Blues writer, DJ, Master of Ceremonies, Show Promoter, and Blues Blast contributor. His weekly radio show “Friends of the Blues” is co-hosted with Shuffle Shoes and can be heard Saturdays – 7 to 11 pm on WKCC 91.1 FM and at www.wkccradio.org in Kankakee, IL. 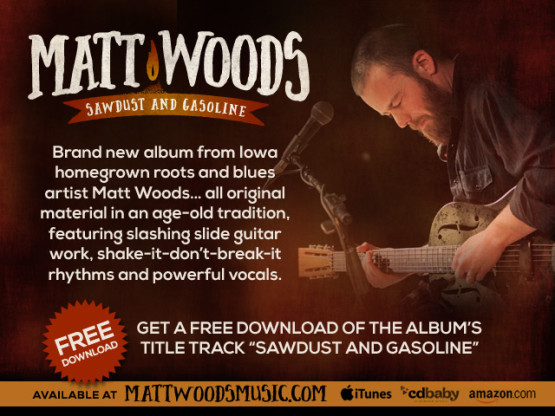